The King’s Fund published its first quarterly monitoring report in April 2011 as part of its work to track, analyse and comment on the changes and challenges the health and care system is facing. This is the 23rd report and aims to take stock of what has happened over the past quarter and to assess the state of the health and care system. It provides an update on how the NHS is coping as it continues to grapple with productivity and reform challenges under continued financial pressure.

This report details the results of an online survey of NHS trust finance directors carried out between 13 April and 4 May 2017. We contacted 256 NHS trust finance directors to take part, and 84 responded (33 per cent response rate). The sample included 41 acute trusts; 34 community and mental health trusts; 3 specialist trusts; 2 ambulance trusts and 4 unknown. In addition, we contacted 160 clinical commissioning group (CCG) finance leads, and 42 responded (26 per cent response rate). Between them these finance leads covered 50 CCGs (24 per cent of all 209 CCGs).

This report includes results from our monitoring of general practice. This is based on data from a sample of 202 practices (around 2.7 per cent of all practices in England) held by ResearchOne, a database created using records from TPP’s SystmOne, one of the main clinical information systems used in general practice in England. In addition, we surveyed a panel of GP partners and practice managers in England and received 68 responses, which provides a snapshot of opinion in the GP community. This is not designed to be a representative sample of general practice, but instead to provide a qualitative assessment of the priorities and challenges in general practice and how these change over time.

In 2016/17 NHS Improvement and NHS England introduced a new approach to NHS finances, designed to reduce the significant deficits that had grown over previous years. NHS planning guidance made clear that many features of this new approach would be retained in 2017/18 and 2018/19 along with a small number of changes. The key elements of this approach are set out below.

In 2017/18 and in 2018/19, the NHS will again place £1.8 billion into the Sustainability and Transformation Fund. This will be paid out to mainly acute trusts as long as they meet targets on finance and A&E. Payments from this Fund reduce an organisation’s reported deficit.

Control totals are the financial targets for each organisation – they set the maximum deficit (or minimum surplus) an organisation is allowed to run. Each organisation has its own control total, which is agreed with NHS Improvement depending on its financial strength. The financial position reported by individual NHS trusts includes any Sustainability and Transformation Fund money they have received.

If providers fail to meet the finance and performance requirements that underpin their control totals, access to all or some of their planned payments from the Sustainability and Transformation Fund can be withheld. While withholding funding will increase deficits reported by individual providers, it will not alter the position across the provider sector as a whole as the Sustainability and Transformation Fund will be underspent by the equivalent amount and NHS Improvement counts this underspend against the overall position. If a provider cannot pay its bills – such as salaries for its staff – without Sustainability and Transformation Fund support, it may need to turn instead to the Department of Health for additional cash support, usually provided as a loan. The ambition at the outset of the planning round in the autumn was that NHS providers as a whole would be in net financial balance in 2017/18.

CCGs also have financial targets. In 2017/18, 1 per cent of the total commissioning budget (worth around £830 million) has been set aside to offset risks to overall financial balance in the NHS. Unlike in 2016/17, when CCGs were required to set aside the full 1 per cent from their budgets, this year CCGs have been asked to hold only half of their share (£360 million) uncommitted at the start of the year to which NHS England has added £200 million from its own resources. The remaining £270 million will come from Commissioning for Quality and Innovation (CQUIN), which makes a proportion of NHS providers’ income conditional on demonstrating improvements in quality and innovation in specified areas of patient care.

In 2016, the NHS developed new sustainability and transformation plans covering the years to 2020. To do this, England was divided into 44 geographical areas – the 'footprints' for the STPs. The detailed operational plans for each organisation in 2017/18 and 2018/19 are intended to be consistent with these more strategic STPs. In addition, NHS Improvement and NHS England have introduced system control totals: for each STP area (now renamed sustainability and transformation partnerships), these represent the sum of control totals of the organisations contained within the STP’s geography. STPs can apply to NHS Improvement and NHS England to alter organisations’ control totals, as long as they do not alter the system control total and are consistent with net financial balance in both providers and commissioners.

*The mental health investment standard requires CCGs to increase mental health funding by at least the same percentage as their overall budgets increase. 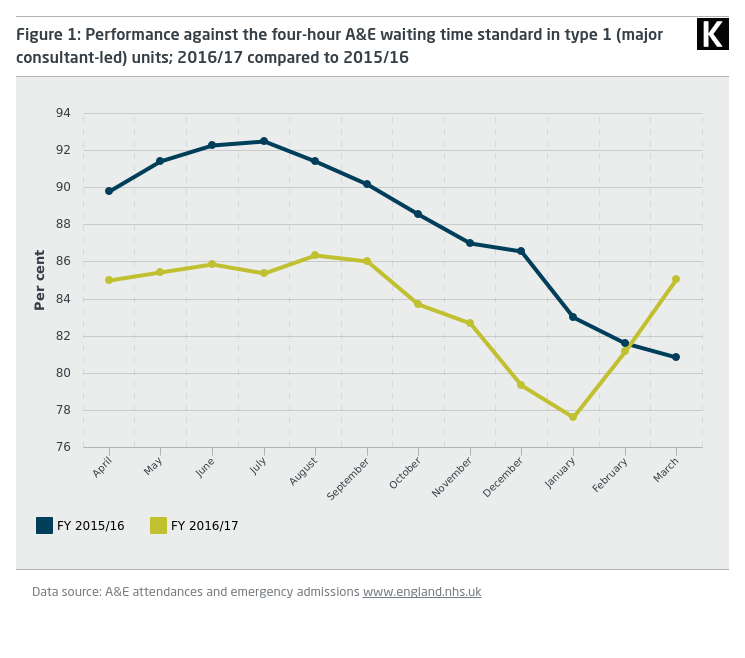 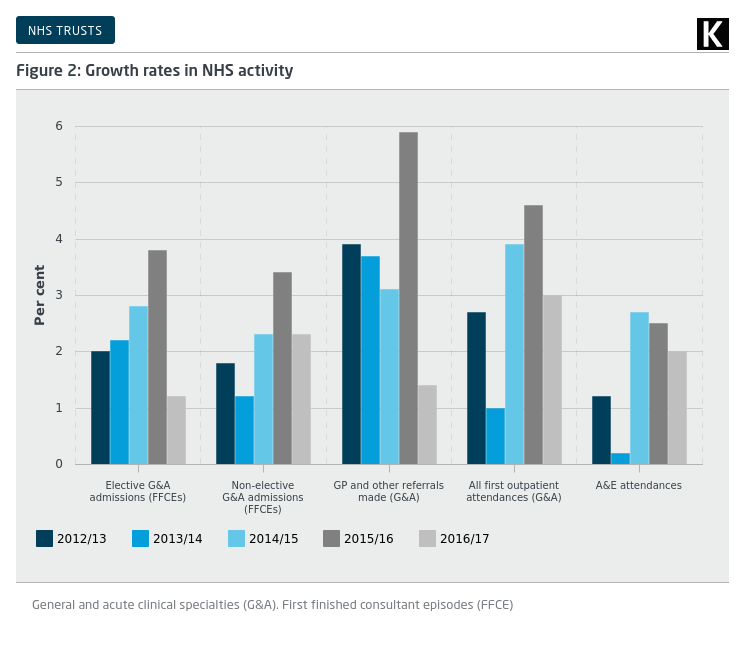