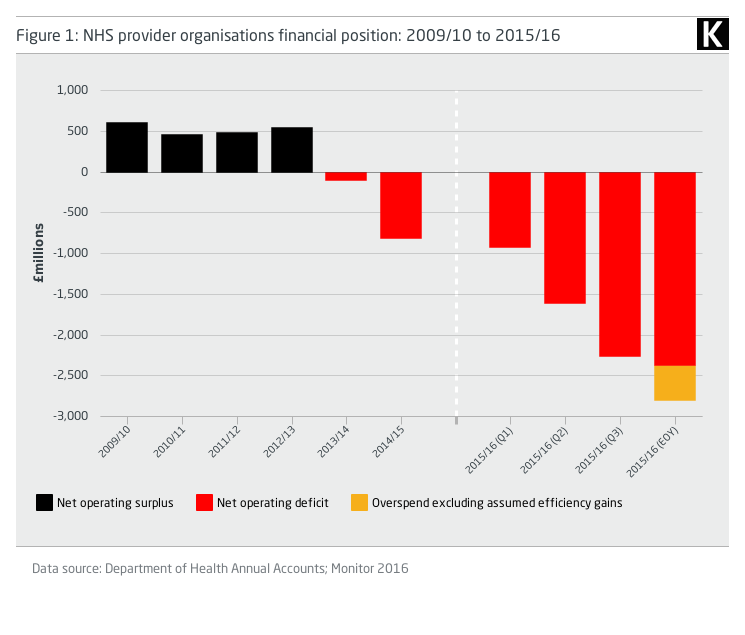 Share
Save image
NHS TrustsCCG Leads
Figure 2: Has patient care in your area got better, worse or stayed the same over the past 12 months? Proportion reporting ‘worse’ 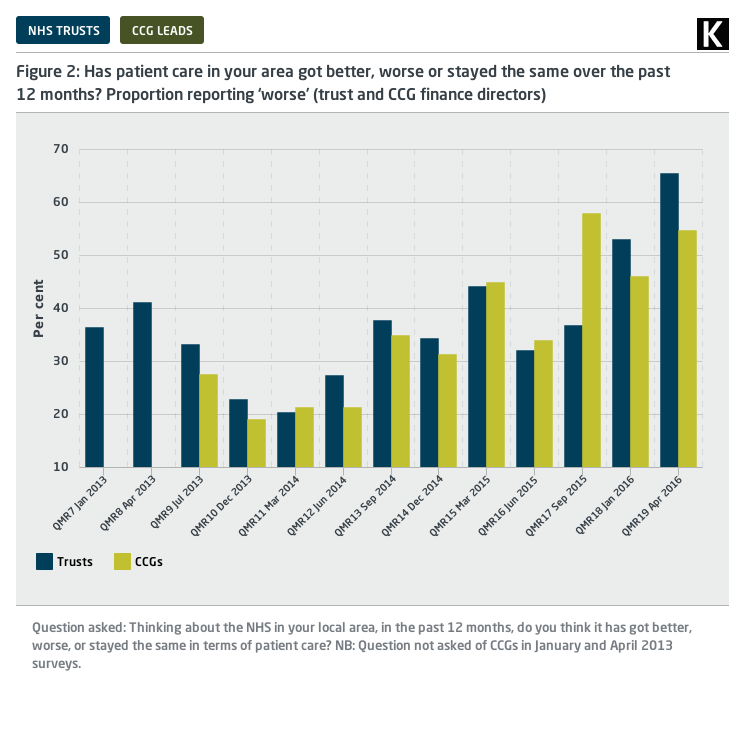 Question asked: Thinking about the NHS in your local area, in the past 12 months, do you think it has got better, worse, or stayed the same in terms of patient care? NB: Question not asked of CCGs in January and April 2013 surveys.

Overall, 2015/16 has turned out to be a watershed year. Deteriorating finances among providers and comparatively poor performance on headline measures provide an extremely difficult starting position for the new financial year.

The challenge for the National Health Service in the coming year [2016/17] is to raise performance in those areas most visibly under pressure – including A&E, waits for operations, and management of hospital finances. But at the same time we need real progress on critical but long neglected services, including strengthening GP care, mental health, and prevention. In an era of historically constrained budgets, how do we square the circle?
Simon Stevens (NHS England 2016b)

Share
Save image
NHS TrustsCCG Leads
Figure 3: Which aspects of your organisation's performance are giving you most cause for concern at the moment? (NHS trust finance directors and CCG finance leads) 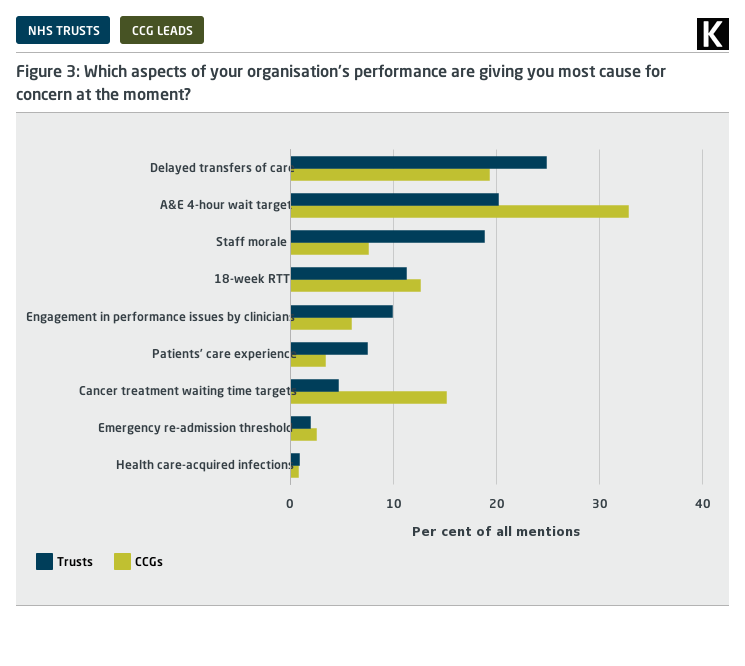 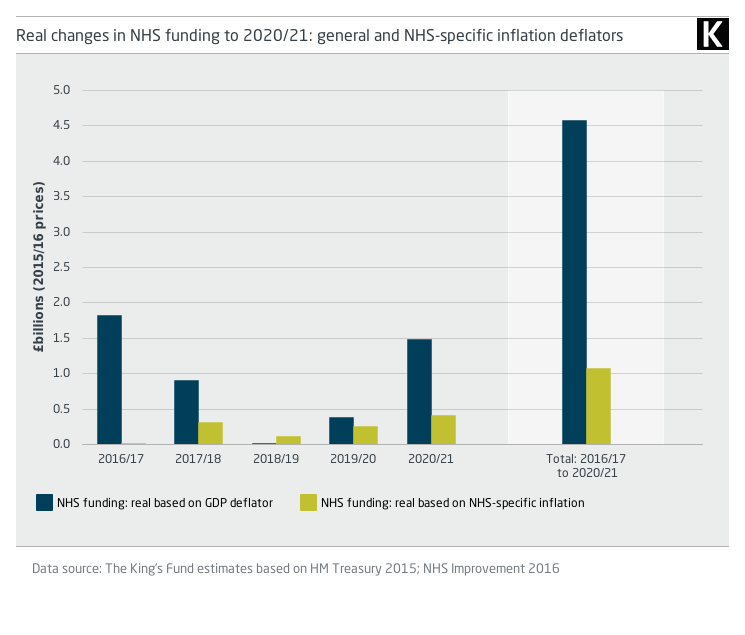