Share
Save image
NHS Trusts
How confident are you of achieving your cost improvement programme (CIP) target? 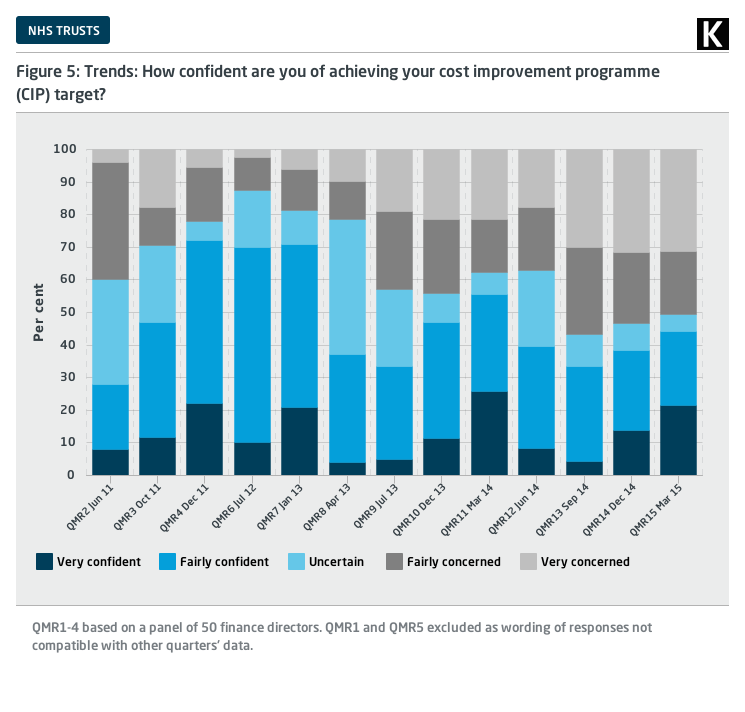 QMR1-4 based on a panel of 50 finance directors. QMR1 and QMR5 excluded as wording of responses not compatible with other quarters' data.

Share
Save image
Percentage waiting more than four hours in A&E from arrival to admission, transfer or discharge 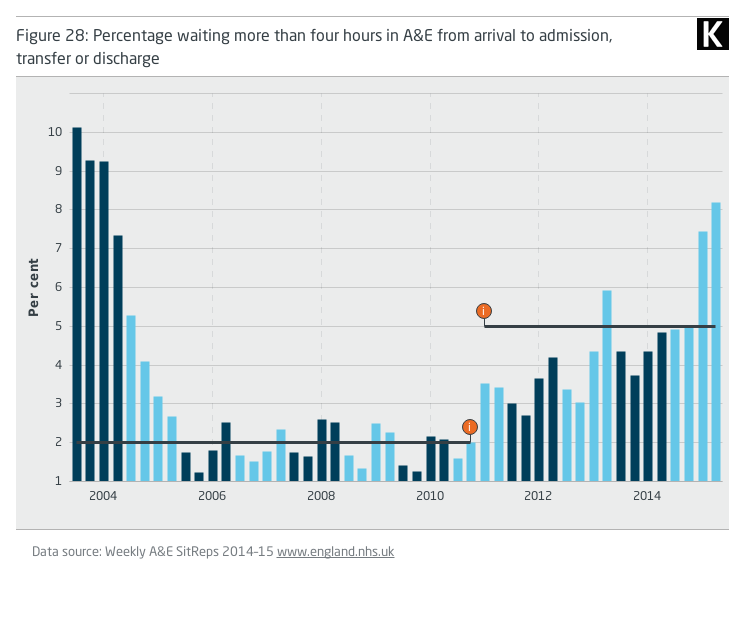 Share
Save image
NHS Trusts
Which aspects of your organisation's performance are giving you most cause for concern at the moment? 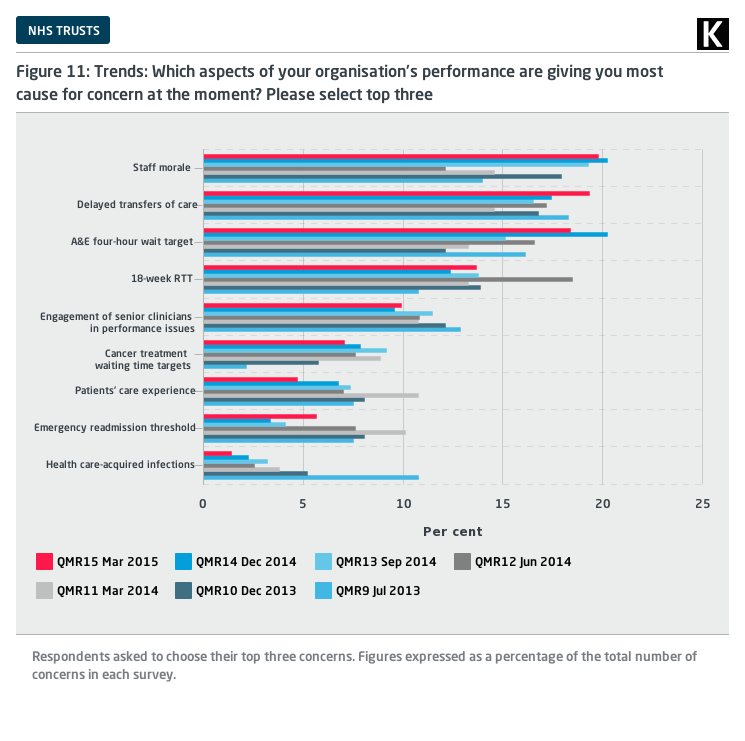 Respondents asked to choose their top three concerns. Figures expressed as a percentage of the total number of concerns in each survey.