Share
Save image
NHS Trusts
Overall, what do you feel about the financial state of the wider health (and care) economy in your area over the next year? 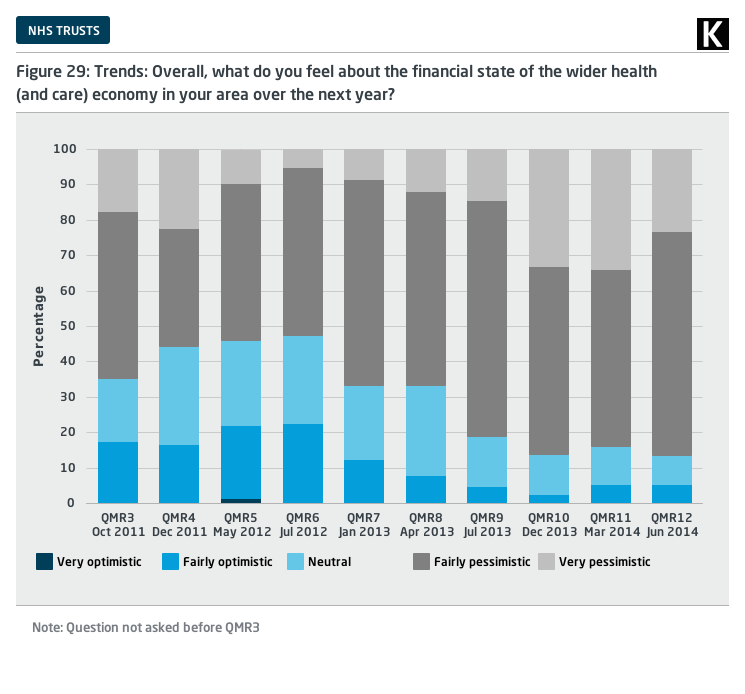 Note: Question not asked before QMR3

Waiting times and lists are growing

Share
Save image
Proportion of A&E patients waiting longer than four hours from arrival to admission, transfer or discharge: comparison of winter and summer 2013 and 2014 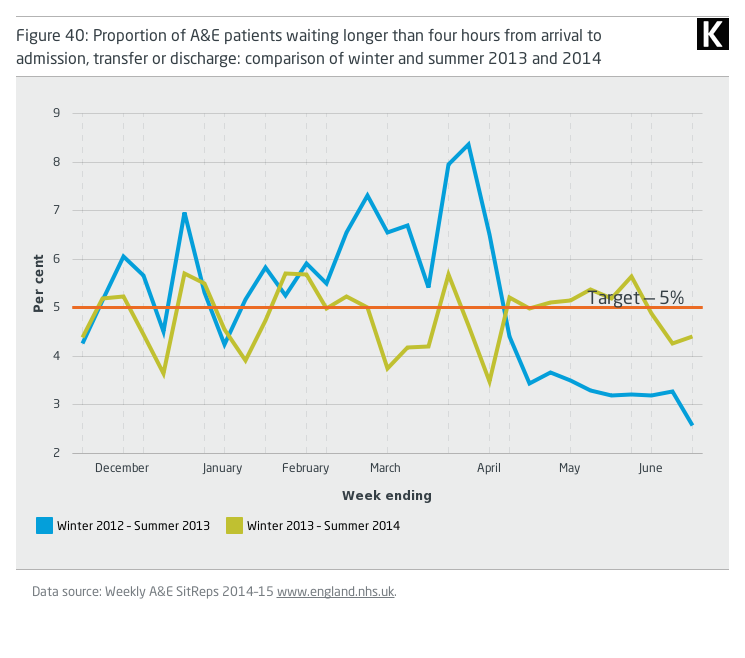 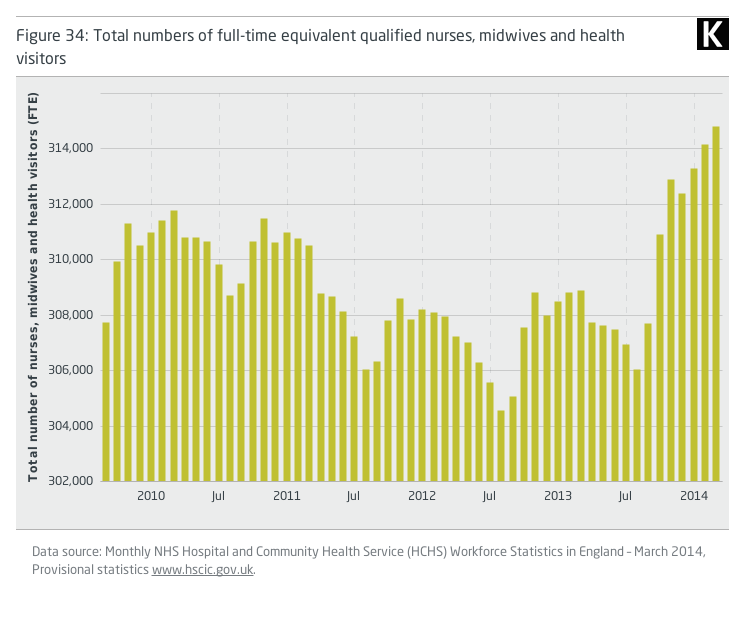